09 If footballers were brands 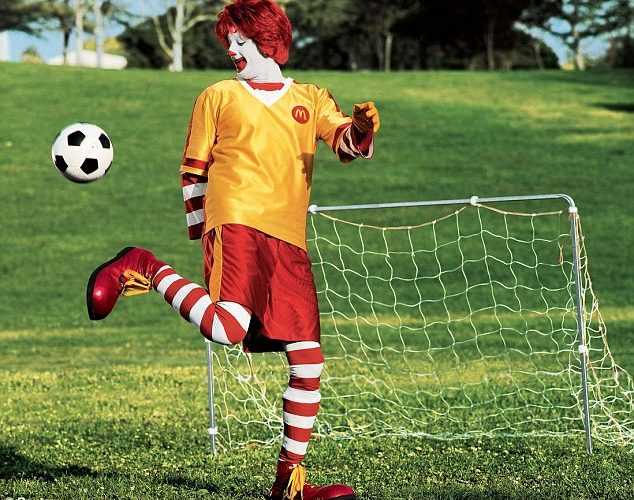 Over the years, brands have settled in our minds. Some of their ‘on-the-face’ advertisements have actually made an impact. Footballers- well, we learn from them. Their characteristics, unique offerings on the pitch, and their actions off the pitch have created an image. Though, what happens if footballers were to be considered as brands? 09 things give you nine such comparisons:

01 Harley Davidson: Andrea Pirlo
Ever seen a Harley thumping down the road? Well, here is the footballing form of a Harley. Sturdy, dependable, classy and effective. Nicknamed as l’architetto (“the architect”), Pirlo is known for his long passes, cruising through balls and bang on set pieces. Played for AC Milan for 10 years and now perfoming for Juventus, he is still going strong.

02 McDonalds: Ronaldo
Ronaldo Luís Nazário de Lima, also known as Ronaldo (No, not the lady eye candy). The one who with his insane trickery and lethal finishing was poached & eventually played for four of the top teams in Europe (Barcelona, Inter Milan, Real Madrid and AC Milan). And yes, of them Barcelona – Madrid and Inter Milan- AC Milan have been fierce rivals for ages. That is how McDonalds is, isn’t it? For crying out loud, there are two of them outside Andheri Station (W). Football fans would know how Ronaldo tumbled during the end of his career- the other reason for McDonalds. Good at first, fat later.

03 Apple: Lionel Messi
The Apple fans must be going hurray now! Messi, has the most immaculate feet and a talented mind to go along with it. Apple, offering the most profound and well thought of products and game changers in their industry with their genius products. Messi knows what is going to happen next on the field. Apple knows what is going to happen next in the market. Now you might say, Apple is expensive. Well, so is Messi.

04 Maruti Suzuki: Francesco Totti
If you’re to find a dependable car in India, it would have to be a Maruti Suzuki. The company dominates the market for its fuel efficiency, economical parts and service quality. Now take Totti into account- played for AS Roma, since he started playing. A terrific leader, who can score, assist, and win the ball. Before the 2006 world cup, he got a blow leading to a fracture of his left fibula and ligament damage. It was almost eminent that he would miss the tournament. But, he managed a speedy recovery with a metal plate attached to his ankle. He was also included in the 2006 world cup all star team.

05 Oliver Kahn: Bose speakers
Have you ever had a problem communicating in the train? Not being able to get your message across to the rickshaw driver? Or not being able to convince your boss that you need a holiday on Saturday? Well, meet Oliver Kahn. The fierce German, who was the keeper and captain for Germany. He advocated not just his defence, but even his team from the other end of the goal post. And yes, Bose speakers are renowned for their prolific sound quality and quality engineering to deliver one of the best speakers available.

06 Wal-Mart: Javier Mascherano
Mascherano, a player who can probably play at any role if his team requires him to. He can pass, shoot, and defend (for now). Probably we might even see him goal-keep at some point. How Wal-Mart? Wal-Mart is effective. But you don’t talk about Wal-Mart, do you?

07 Volvo: Yaya Toure
When a Volvo is on rampage, it can surely pluck cars off the road like flowers, while the driver can maintain optimum control while munching on a Burrito. That is what Yaya Toure does- a no nonsense midfielder who while charging towards attack, takes the opposition defence with him. At the same time, he maintains his composure to find the back of the net or at least guide the ball towards his team mate.

08 Fedex: Paul Scholes
If you want your package delivered, you count of Fedex. If you’re a manager and want the ball to be delivered at any place on the pitch- you look up to Paul Scholes. The short man, who with his indigenous touches, pile driving shots, and feather like movement of the ball made him an integral part of the Manchester United midfield. So much so, he was called back from his retirement to play another season. Oh and yes, if you’re at the Manchester United training ground and see him hanging around- DO NOT TAKE A LEAK.

09 Pampers: Giorgio Chiellini
If you need a formidable defender who will not mind going through any shit- It is Girgio Chiellini. The aggressive, yet tactical defender puts every part of his body possible to stop the ball nestling in the back of the net. His role generally involves him cleaning up after his team mates.

Here are brands if they were footballers. Yes, yes we know you would have gone “WHA!!??” with certain comparisons.   Know any such comparisons? Share them below. 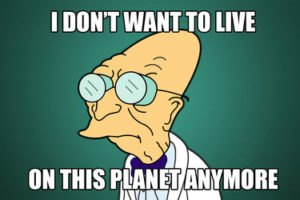 George Carlin once said. “Never underestimate the power of stupid people in large groups.” Unfortunately, this very...
Copyright 2017 09THINGS | AGENCY09
Back to top